Bitcoin just passed an interesting milestone today, one we haven’t seen since November 27, 2017. According to CoinMetrics.io, there are now over a million daily active addresses, a number that is defined as the number of unique “from” or “to” addresses used per day.

While DAA doesn’t mean much in practice, it’s an important metric in that it shows actual, unique transfers separate from the various direct transfers to and from bigger exchanges. The fact that there are over a million unique addresses transacting on the blockchain is, as they say, good for bitcoin. 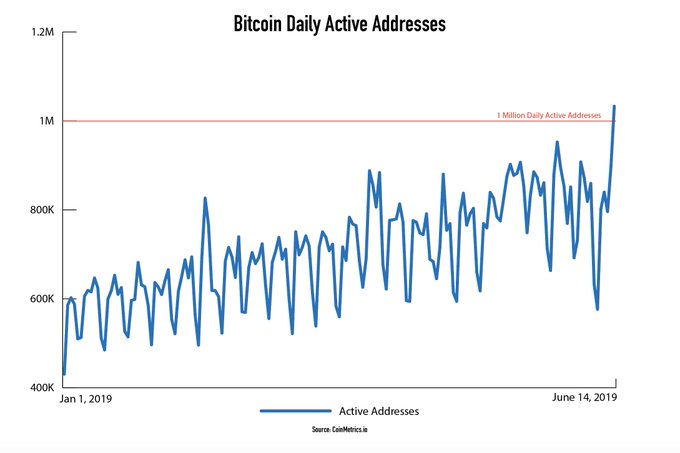 To put this number in perspective, however, we can point to Uber’s estimated 14 million rides per day or the estimated 798,877 iPhones a day Apple sold in 2017. While these are Apples to oranges comparisons, it is interesting to note that bitcoin is doing the transaction volume of some of the biggest brands in the world.
Source: https://www.coindesk.com/

Report: Global Blockchain in Healthcare to Reach $1.7 billion by 2026